71% of healthcare and medical apps have at least one serious vulnerability that could lead to a breach of medical data, according to Intertrust. 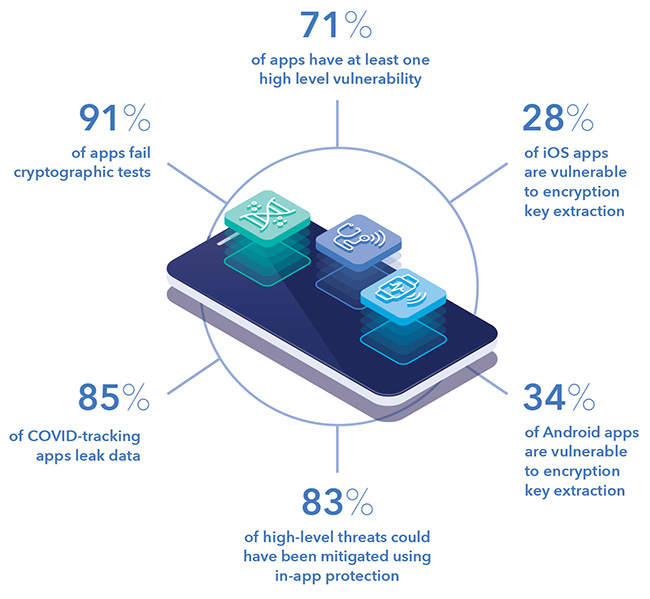 Cryptographic issues pose one of the most pervasive and serious threats, with 91% of the apps in the study failing one or more cryptographic tests. This means the encryption used in these medical apps can be easily broken by cybercriminals, potentially exposing confidential patient data, and enabling attackers to tamper with reported data, send illegitimate commands to connected medical devices, or otherwise use the application for malicious purposes.

The study’s overall findings suggest that the push to reshape care delivery under COVID-19 has often come at the expense of mobile application security.

“Unfortunately, there’s been a history of security vulnerabilities in the healthcare and medical space. Things are getting a lot better, but we still have a lot of work to do.” said Bill Horne, General Manager of the Secure Systems product group and CTO at Intertrust.

“The good news is that application protection strategies and technologies can help healthcare organizations bring the security of their apps up to speed.”