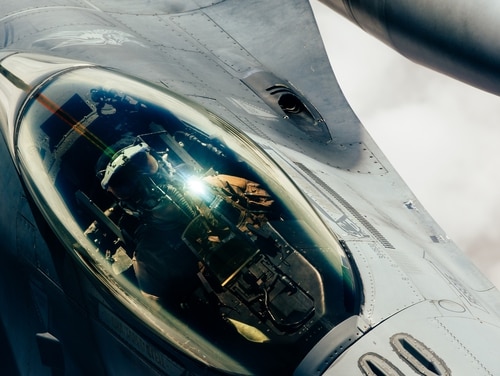 The teams are an outgrowth of the service’s communications squadrons, which have performed much of the IT and cyber defense at the base or wing level. Now, with the Air Force outsourcing much of its IT management, the service was able to free up personnel and resources to focus on protecting these critical assets.

The new crews differ from the cyber protection teams that the Air Force, and other services, provide to U.S. Cyber Command as part of the cyber mission force.

At first, 20 students will participate in the mission defense team pilot class in mid-August. If that is successful, it will expand to six 20 student classes in 2021. The ultimate goal is to graduate 1,000 students each year across the service beginning in fiscal year 2023, the Air Force said.

These teams will be stationed at 84 locations around the world.

“This is an exciting moment for TEC and its future as an agile, innovative, and resilient center of learning for the total Air Force and the National Guard Bureau,” Col. Kenneth Lozano, the commander of the traning and education center, said.

Know all the coolest acronyms

Sign up for the C4ISRNET newsletter about future battlefield technologies.

Sign up for the C4ISRNET newsletter about future battlefield technologies.

By giving us your email, you are opting in to the C4ISRNET Daily Brief.

The Air Force has taken a “total Air Force approach” to cyber, to include its cyber mission force teams and mission defense teams, meaning, these forces are made up of combined active duty, guard and reserve forces.

Prior training efforts for mission defense teams began at the 223rd Cyberspace Operations Squadron at Little Rock Air Force Base with a Cyber-Protect and -Defend course. The first classes were held in August 2019.

The Air Force said to date, the schoolhouse has trained 160 airmen. The goal is for the training and education center at McGhee Tyson to assume 1,000 graduates a year, with the majority of training to transition there in 2022.

One of the biggest hurdles thus far, is procuring a range for trainees to operate on. The Air Force is working through the Defense Cybercrimes Center to procure a cyber range and certify instructors. The price tag associated with this for the initial 20 students is $1.5 million.