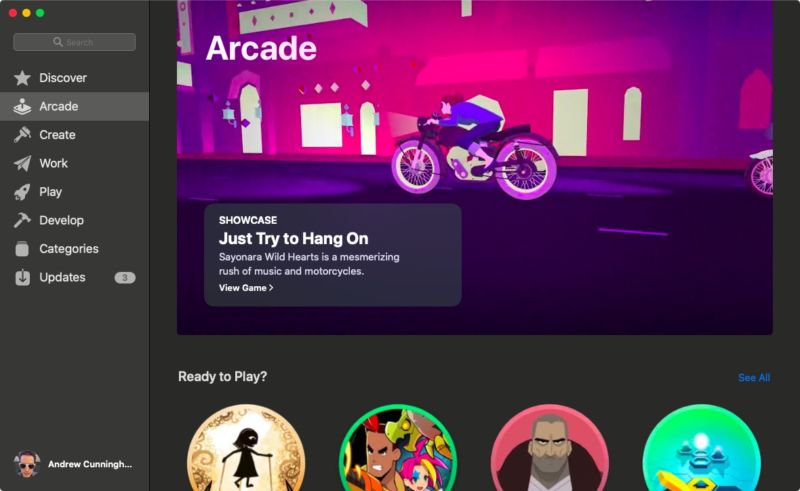 For a couple of years now, Apple has been exploring subscriptions as a way to bolster revenue in the face of slowing iPhone growth. This year saw a turning point in that strategy, with Apple TV+, Apple News+, and Apple Arcade joining the company’s suite of subscription services that already included Apple Music, AppleCare, and iCloud.

But as this is a relatively new frontier for the company (at least in terms of emphasis), Apple is still testing the waters of different approaches. The latest of these is the introduction of a discounted annual subscription to Apple Arcade priced at $49.99, about a $10 savings compared to the $4.99 monthly subscription that was introduced in September.

Apple Arcade offers subscribers Netflix-style access to around a hundred games on iPhone, iPad, Mac, and Apple TV. While many games have flown under the radar or not made much public impact, a few such as Sayonara Wild Hearts, Grindstone, What the Golf?, and Where Cards Fall have received rave reviews from consumers and critics or found significant financial success through the service.

Arcade is the culmination of an effort that Apple has made over the past couple of years to address the discoverability problem for games in the App Store for the company’s devices. The iPhone App Store has many gems, but they have historically been difficult to find or surface amidst a sea of poorly made titles or of gambling-like titles with exploitative mechanics and monetization schemes.

Apple first began emphasizing human-curation from the App Store with iOS 12, but Apple Arcade arrived with iOS 13 in September to make it more attractive still for consumers to find and play premium-quality mobile games. It also followed an effort by Apple to evangelize developers into offering their own individual app subscriptions, of which Apple would get a cut.

Apple has also experimented with subscription bundling by giving students who subscribe to Apple Music access to Apple TV+ (reports indicate the company is hoping to introduce an Amazon Prime-like bundle in the future, too) and by offering an indefinitely renewing monthly AppleCare+ subscription as an alternative to its previously (and still) offered two and three-year AppleCare packages.