IT and application development professionals tend to exhibit risky behaviors when organizations impose strict IT policies, according to SSH. 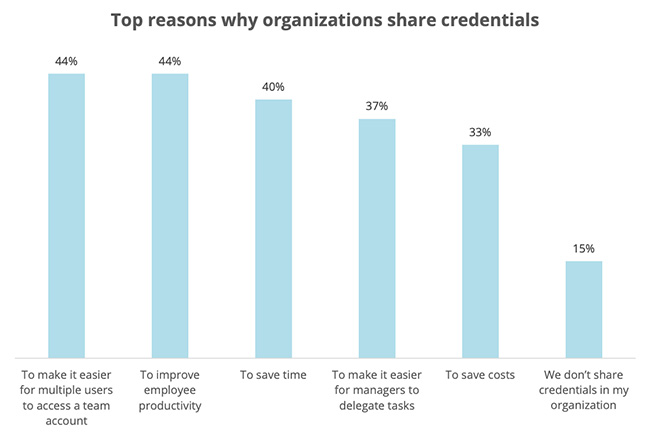 Polling 625 IT and application development professionals across the United States, United Kingdom, France, and Germany, the survey verified that hybrid IT is on the rise and shows no signs of slowing down.

Fifty-six percent of respondents described their IT environment as hybrid cloud, an increase from 41 percent a year ago. On average, companies are actively using two cloud service vendors at a time.

While hybrid cloud offers a range of strategic benefits related to cost, performance, security, and productivity, it also introduces the challenge of managing more cloud access.

The survey found that cloud access solutions, including privileged access management software, slow down daily work for 71 percent of respondents. The biggest speed bumps were cited as configuring access (34 percent), repeatedly logging in and out (30 percent), and granting access to other users (29 percent).

These hurdles often drive users to seek risky workarounds, with 52 percent of respondents claiming they would “definitely” or at least “consider” bypassing secure access controls if they were under pressure to meet a deadline.

“As businesses grow their cloud environments, secure access to the cloud will continue be paramount. But when access controls lead to a productivity trade-off, as this research has shown, IT admins and developers are likely to bypass security entirely, opening the organization up to even greater cyber risk,” said Jussi Mononen, chief commercial officer at SSH.

“For privileged access management to be effective, it needs to be fast and convenient, without adding operational obstacles. It needs to be effortless.”

In addition to exposing the risky behaviors of many IT and application development professionals when accessing the cloud, the survey also revealed some unwitting security gaps in organizations’ access management policies. For example, more than 40 percent of respondents use public internet networks – inherently less secure than private networks – to access internal IT resources.

Third-party access was also found to be a risk point, with 29 percent of respondents stating that outside contractors are given permanent access credentials to the business’ IT environment.

Permanent credentials are fundamentally risky as they provide widespread access beyond the task at hand, and can be forgotten, stolen, mismanaged, misconfigured, or lost.

Mononen continued, “When it comes to access management, simpler is safer. Methods like single sign-on can streamline the user experience significantly, by creating fewer logins and fewer entry points that reduce the forming of bad IT habits.

“There is also power in eliminating permanent access credentials entirely, using ephemeral certificates that unlock temporary ‘just-in-time’ access to IT resources, only for time needed before access automatically expires. Ultimately, reducing the capacity for human error comes down to designing security solutions that put the user first and cut out unnecessary complexity.”