Perhaps the third time’s the charm: a group of Senate Democrats, following in the recent footsteps of their colleagues in both chambers, has introduced a bill that would impose sweeping reforms to the current disaster patchwork of US privacy law.

The bill (PDF), dubbed the Consumer Online Privacy Rights Act (COPRA), seeks to provide US consumers with a blanket set of privacy rights. The scope and goal of COPRA are in the same vein as Europe’s General Data Protection Regulation (GDPR), which went into effect in May 2018.

Privacy rights “should be like your Miranda rights—clear as a bell as to what they are and what constitutes a violation,” Sen. Maria Cantwell (D-Wash.), who introduced the bill, said in a statement. Senators Amy Klobuchar (D-Minn.), Ed Markey (D-Mass.), and Brian Schatz (D-Hawaii) also co-sponsored the bill. 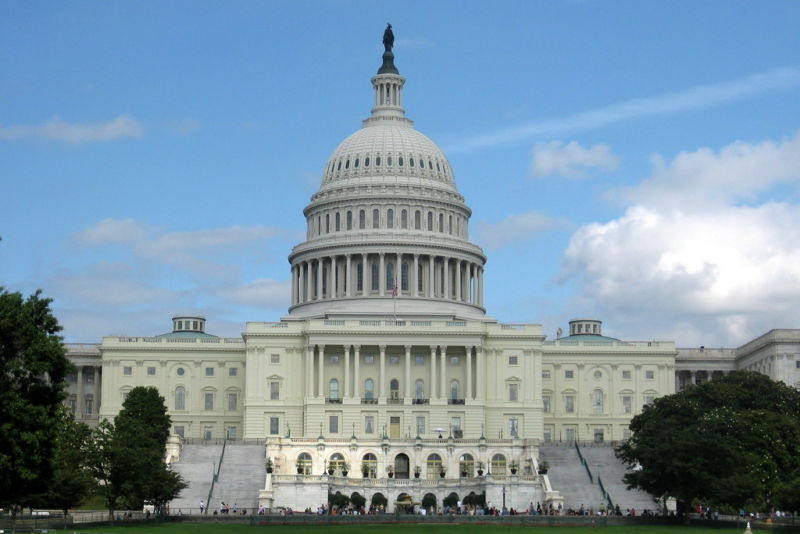 Enlarge / The US House of Representatives.
Wally Gobetz / Flickr

On Wednesday, Republican lawmakers committed a major breach of security guidelines when they carried cell phones as they tried to force their way into a secure room where a closed-door impeachment hearing with a Defense Department official was taking place.

At least one House member, Rep. Matt Gaetz of Florida, got inside the Sensitive Compartmented Information Facility (SCIF) in the basement of the House of Representatives. Despite strict rules barring all electronics inside such closed-off areas, Gaetz openly tweeted: “BREAKING: I led over 30 of my colleagues into the SCIF where Adam Schiff is holding secret impeachment depositions. Still inside—more details to come.”

BREAKING: I led over 30 of my colleagues into the SCIF where Adam Schiff is holding secret impeachment depositions. Still inside – more details to come. https://t.co/fHhqkZ6x3Z

After the tweet came under criticism, Gaetz later tweeted “sent by staff.” It remained unclear how the representative was able to communicate with his members of his staff.

Rep. Mark Walker of North Carolina also issued a tweet that said he was “in the SCIF.” A picture published by The New York Times showed a man identified as a House Republican holding up his phone as if taking pictures or video as he entered the secure room. A sign on the door of the room said, “Cameras and other recording devices prohibited without proper authorization.” The room has lockers outside the doors where people are required to store electronics before entering.

Lawyers said bringing phones into the secure area was a potential felony. Security officials, meanwhile, stressed how damaging the move could be to national security. The SCIF is designed to prevent electronic eavesdropping so members of Congress can receive sensitive information that is often classified. Often, the materials in the room reveal sensitive operations or show how intelligence officers collect information on adversaries. SCIFs are carefully controlled to prevent electronic signals or electronic devices from leaving the rooms. Chief among these restrictions is no unauthorized electronic devices.

Cell phones in particular are known to be a risk since it’s easily within the means of a nation to infect both iOS and Android devices with full-featured spyware. From then on, the hackers can make the devices record audio and video, take pictures and download and upload files. Lawmakers are particularly prone to such attacks given the large amount of sensitive data they often have access to.

“Storming the SCIF without respecting the security protocols that require people to leave their electronic devices *outside* the space is actually compromising our national security,” Mieke Eoyang, who regularly used the room while she was a former staffer for several security-related congressional committees, wrote on Twitter. “Bringing electronic devices into a SCIF, and this SCIF in particular, is *very* problematic, especially when done by members of Congress.”

Storming the SCIF without respecting the security protocols that require people to leave their electronic devices *outside* the space, is actually compromising our national security.

The event has parallels to a covertly made recording in the White House situation room last year by then-Trump administration staffer Omarosa Manigault Newman.

Update: Hours after the protest, Rep. Bennie Thompson, a Democrat representing Mississippi and the chairman of the Committee on Homeland Security, sent a letter to the Sergeant at Arms calling the event “an urgent security matter.”

“Such action is a blatant breach of security, violates the Oath all Members of Congress sign to gain access to classified information, and contravenes security controls established by the Director of the Central Intelligence Agency for the protection of classified information,” Thompson wrote. “The unprecedented breach of security raises serious concerns for Committee Chairmen, including me, responsible for maintaining SCIFs.”

Wednesday’s event occurred as members of the House Intelligence Committee were preparing to hear from Laura K. Cooper, the deputy assistant secretary of defense for Russia, Ukraine, and Eurasia. Chanting “let us in, let us in,” the protesting lawmakers prevented the hearing from proceeding. House Intelligence Committee Chairman Adam Schiff turned the protesters away and called on the sergeant-at-arms to break up the crowd.

According to the Associated Press:

Lawmakers described a chaotic scene. Rep. Debbie Wasserman Schultz, D-Fla., said she had just walked into the room when the Republican lawmakers blew past Capitol Police officers and Democratic staffers. The staff member who was checking identification at the entrance was “basically overcome” by the Republicans, she said.

“Literally some of them were just screaming about the president and what we’re doing to him and that we have nothing and just all things that were supportive of the president,” Wasserman Schultz said.

Sen. Lindsey Graham criticized his Republican colleagues for the tactic, calling them “nuts” to make a “run on the SCIF.”

The Republicans were protesting the closed-door hearings taking place in the impeachment process underway in the House. Only members of the House Intelligence Committee (which includes both Democrats and Republicans) have been permitted to attend hearings, though Rep. Schiff has pledged to make transcripts available after they have been scrubbed of any classified information. Some Republicans have claimed the restrictions resemble a Soviet-style proceeding, even though Republicans routinely held closed-door hearings when they controlled the House.