The ease and speed at which new cloud tools can be deployed is also making it harder for security teams to control their usage, IBM Security reveals.

According to the data, basic security oversight issues, including governance, vulnerabilities, and misconfigurations, remain the top risk factors organizations must address to secure increasingly cloud-based operations.

Additionally, an analysis of security incidents over the past year sheds light on how cybercriminals are targeting cloud environments with customized malware, ransomware and more.

With businesses rapidly moving to cloud to accommodate remote workforce demands, understanding the unique security challenges posed by this transition is essential for managing risk.

While the cloud enables many critical business and technology capabilities, ad-hoc adoption and management of cloud resources is also creating complexity for IT and cybersecurity teams.

According to IDC, more than a third of companies purchased 30+ types of cloud services from 16 different vendors in 2019 alone. This distributed landscape can lead to unclear ownership of security in the cloud, creating policy “blind spots” and potential for shadow IT to introduce vulnerabilities and misconfiguration.

“When done right, cloud can make security scalable and more adaptable – but first, organizations need to let go of legacy assumptions and pivot to new security approaches designed specifically for this new frontier of technology, leveraging automation wherever possible. This starts with a clear picture of regulatory obligations and compliance mandate, as well as the unique technical and policy-driven security challenges and external threats targeting the cloud.”

Who owns security in the cloud?

Organizations that rely heavily on cloud providers to own security in the cloud, despite the fact that configuration issues – which are typically users’ responsibility – are most often to blame for data breaches (accounting for more than 85% of all breached records in 2019).

Additionally, perceptions of security ownership in the cloud varied widely across various platforms and applications. For example, 73% of respondents believed public cloud providers were the main party responsible for securing software-as-a-service (SaaS), while only 42% believed providers were primarily responsible for securing cloud infrastructure-as-a-service (IaaS).

While this type of shared responsibility model is necessary for the hybrid, multi-cloud era, it can also lead to variable security policies and a lack of visibility across cloud environments. Organizations who are able streamline their cloud and security operations can help reduce this risk, through clearly defined policies which apply across their entire IT environment.

Top threats in the cloud: Data theft, cryptomining and ransomware

In order to get a better picture of how attackers are targeting cloud environments, incident response experts conducted an in-depth analysis of cloud-related cases the team responded to over the past year. The analysis found:

“Based on the trends in our incident response cases, it’s likely that malware cases targeting cloud will continue to expand and evolve as cloud adoption increases,” said Charles DeBeck, IBM X-Force IRIS.

“Malware developers have already begun making malware that disables common cloud security products, and designing malware that takes advantage of the scale and agility offered by the cloud.”

While the cloud revolution is posing new challenges for security teams, organizations who are able to pivot to a more mature and streamlined governance model for cloud security can reap significant benefits in their security agility and response capabilities.

The survey found that organizations who ranked high maturity in both Cloud and Security evolution were able to identify and contain data breaches faster than colleagues who were still in early phases of their cloud adoption journey.

As the cloud becomes essential for business operations and an increasingly remote workforce, organizations should focus on the following elements to improve cybersecurity for hybrid, multi-cloud environments:

Can you trust attachments with unfamiliar extensions?

Microsoft’s security experts have warned on Monday about several email malware delivery campaigns exploiting the COVID-19 pandemic targeting companies in the US and South Korea. 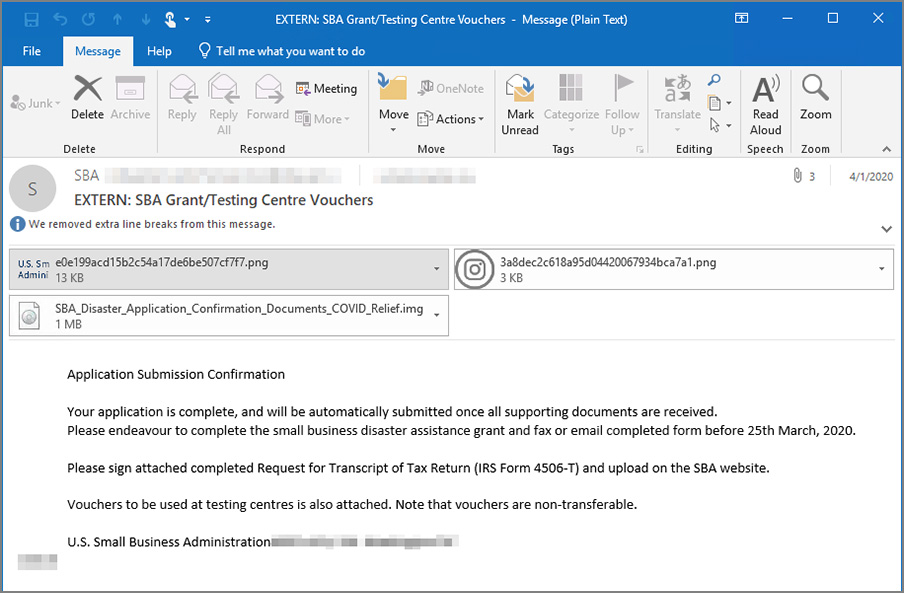 What they have in common is the ultimate delivery of the Remcos RAT (remote administration tool/Trojan), a piece of malware that allows hackers to have full control over the infected system, and the fact that the attached files have some atypical extensions.

In one campaign the attackers are impersonating the US Small Business Administration (SBA) and attempt to deliver a malicious IMG (disk image) attachment.

“The IMG file contains an executable file that uses a misleading PDF icon. When run, the executable file drops Remcos, which allows attackers to take control of affected machines,” the researchers noted.

In another one the attackers are impersonating CDC’s Health Alert Network (HAN) and carry malicious ISO (disk image) file attachments. In a third one they pose as the American Institute of Certified Public Accountants and deliver a ZIP archive containing the ISO file (carrying a malicious SCR file with a misleading PDF icon).

The US SBA is a good choice for malware peddlers to impersonate at this time.

“On March 27, 2020, $376 billion in relief payments for workers and small businesses was allocated via the Coronavirus Aid, Relief, and Economic Security (CARES) Act. The US SBA and the Department of Treasury are the designated outlets for providing information and guidance on the implementation of the CARES programs, but with people looking out for their applications, these fake emails are evidence of malicious actors already exploiting reliance on digital updates, which many are expecting as they plan to receive the allocated federal aid,” IBM X-Force researchers pointed out.

The aforementioned campaigns are obviously targeting businesses but, according to Kaspersky Lab researchers, Remcos RAT and other malware peddlers have not forgotten about consumers.

To make it more likely the recipients will download and open a malicious attachment, they are impersonating package delivery services and saying that the recipient must read or confirm the information in an attached file in order to receive a package that’s come in.

Again, the malicious attachments come with some unusual file extensions such as ACE (archive file) and the more familiar RAR and ZIP (also archive files).

The device people use to communicate online – a smartphone, desktop, or tablet – can affect the extent to which they are willing to overshare intimate or personal information about themselves, according to the researchers from University of Pennsylvania.

Can you trust attachments? Be careful

Malware peddlers will try every emails and attachment combination and permutation they can think of to get past email security filters and get users to open those files.

Needless to say, everybody should always be wary of opening attachments and links in unsolicited emails – whether they have a familiar file extension or not.

If you really can’t resist the temptation or you aren’t sure about your ability to spot fake, malicious emails, you can always test the attached file before opening it. The VirusTotal analyzer is a popular, easy to use, and the most thorough option for checking files for malware, but there are others as well.

The Wuhan coronavirus continues to spread and create anxiety across the globe, allowing malicious individuals and groups to exploit the situation to spread fake news, malware and phishing emails. 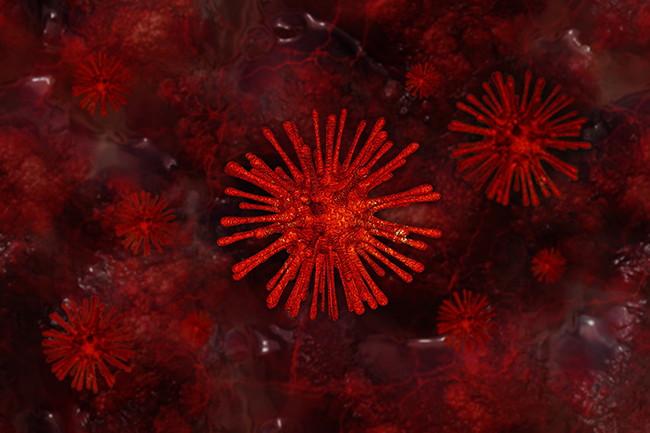 IBM X-Force says that Japanese users have been receiving fake notifications about the coronavirus spreading in several prefectures, purportedly sent by a disability welfare service provider and a public health center.

“The content of the document itself is just an Office 365 message, instructing the viewer to enable the content (which is malicious), in case the document has been opened in protected view,” the researchers explained. The delivered malware is the Emotet downloader.

“We expect to see more malicious email traffic based on the coronavirus in the future, as the infection spreads. This will probably include other languages too, depending on the impact the coronavirus outbreak has on the native speakers. In these first samples, Japanese victims were probably targeted due to their proximity to China. Unfortunately, it is quite common for threat actors to exploit basic human emotions such as fear – especially if a global event has already caused terror and panic,” IBM X-Force researchers added.

KnowBe4 specialists warn about phishing emails that look like they’ve been sent by the US Centers for Disease Control and Prevention (CDC), linking to a web page that supposedly contains updated lists of new coronavirus infection cases in the US:

Be careful, be aware

Cyber crooks and other malicious individuals are expected to continue to impersonate official notifications by legitimate institutions to spread malware or hoaxes (and panic).

Cybercriminals are known for using high-profile, global news stories to target users and trick them into doing something they otherwise wouldn’t do, but situations like this latest coronavirus outbreak are a gift that keeps on giving since each day comes with a new update and everybody is expecting official alerts.

KnowBe4’s CEO noted that users should be careful when it comes to anything related to the coronavirus – emails, attachments, social media posts, text messages.