Almost daily now there is news about flaws in commercial software that lead to computers getting hacked and seeded with malware. But the reality is most malicious software also has its share of security holes that open the door for security researchers or ne’er-do-wells to liberate or else seize control over already-hacked systems. Here’s a look at one long-lived malware vulnerability testing service that is used and run by some of the Dark Web’s top cybercriminals. 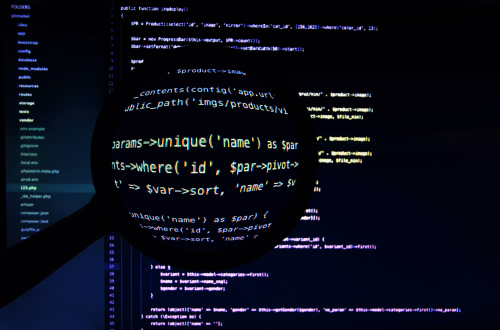 It is not uncommon for crooks who sell malware-as-a-service offerings such as trojan horse programs and botnet control panels to include backdoors in their products that let them surreptitiously monitor the operations of their customers and siphon data stolen from victims. More commonly, however, the people writing malware simply make coding mistakes that render their creations vulnerable to compromise.

At the same time, security companies are constantly scouring malware code for vulnerabilities that might allow them peer to inside the operations of crime networks, or to wrest control over those operations from the bad guys. There aren’t a lot of public examples of this anti-malware activity, in part because it wades into legally murky waters. More importantly, talking publicly about these flaws tends to be the fastest way to get malware authors to fix any vulnerabilities in their code.

Enter malware testing services like the one operated by “RedBear,” the administrator of a Russian-language security site called Krober[.]biz, which frequently blogs about security weaknesses in popular malware tools.

For the most part, the vulnerabilities detailed by Krober aren’t written about until they are patched by the malware’s author, who’s paid a small fee in advance for a code review that promises to unmask any backdoors and/or harden the security of the customer’s product.

RedBear’s service is marketed not only to malware creators, but to people who rent or buy malicious software and services from other cybercriminals. A chief selling point of this service is that, crooks being crooks, you simply can’t trust them to be completely honest.

As proof of his service’s effectiveness, RedBear points to almost a dozen articles on Krober[.]biz which explain in intricate detail flaws found in high-profile malware tools whose authors have used his service in the past, including; the Black Energy DDoS bot administration panel; malware loading panels tied to the Smoke and Andromeda bot loaders; the RMS and Spyadmin trojans; and a popular loan scan script.

RedBear doesn’t operate this service on his own. Over the years he’s had several partners in the project, including two very high-profile cybercriminals (or possibly just one, as we’ll see in a moment) who until recently operated under the hacker aliases “upO” and “Lebron.”

From 2013 to 2016, upO was a major player on Exploit[.]in — one of the most active and venerated Russian-language cybercrime forums in the underground — authoring almost 1,500 posts on the forum and starting roughly 80 threads, mostly focusing on malware. For roughly one year beginning in 2016, Lebron was a top moderator on Exploit.

One of many articles Lebron published on Krober[.]biz that detailed flaws found in malware submitted to RedBear’s vulnerability testing service.

In 2016, several members began accusing upO of stealing source code from malware projects under review, and then allegedly using or incorporating bits of the code into malware projects he marketed to others.

up0 would eventually be banned from Exploit for getting into an argument with another top forum contributor, wherein both accused the other of working for or with Russian and/or Ukrainian federal authorities, and proceeded to publish personal information about the other that allegedly outed their real-life identities.

The cybercrime actor “upO” on Exploit[.]in in late 2016, complaining that RedBear was refusing to pay a debt owed to him.

Lebron first appeared on Exploit in September 2016, roughly two months before upO was banished from the community. After serving almost a year on the forum while authoring hundreds of posts and threads (including many articles first published on Krober), Lebron abruptly disappeared from Exploit.

His departure was prefaced by a series of increasingly brazen accusations by forum members that Lebron was simply upO using a different nickname. His final post on Exploit in May 2017 somewhat jokingly indicated he was joining an upstart ransomware affiliate program.

According to research from cyber intelligence firm Intel 471, upO had a strong interest in ransomware and had partnered with the developer of the Cerber ransomware strain, an affiliate program operating between Feb. 2016 and July 2017 that sought to corner the increasingly lucrative and competitive market for ransomware-as-a-service offerings.

Intel 471 says a rumor has been circulating on Exploit and other forums upO frequented that he was the mastermind behind GandCrab, another ransomware-as-a-service affiliate program that first surfaced in January 2018 and later bragged about extorting billions of dollars from hacked businesses when it closed up shop in June 2019.

Multiple security companies and researchers (including this author) have concluded that GandCrab didn’t exactly go away, but instead re-branded to form a more exclusive ransomware-as-a-service offering dubbed “REvil” (a.k.a. “Sodin” and “Sodinokibi”). REvil was first spotted in April 2019 after being installed by a GandCrab update, but its affiliate program didn’t kick into high gear until July 2019.

Last month, the public face of the REvil ransomware affiliate program — a cybercriminal who registered on Exploit in July 2019 using the nickname “UNKN” (a.k.a. “Unknown”) — found himself the target of a blackmail scheme publicly announced by a fellow forum member who claimed to have helped bankroll UNKN’s ransomware business back in 2016 but who’d taken a break from the forum on account of problems with the law.

That individual, using the nickname “Vivalamuerte,” said UNKN still owed him his up-front investment money, which he reckoned amounted to roughly $190,000. Vivalamuerte said he would release personal details revealing UNKN’s real-life identity unless he was paid what he claims he is owed.

In this Google-translated blackmail post by Vivalamuerte to UNKN, the latter’s former nickname was abbreviated to “L”.

Vivalamuerte also claimed UNKN has used four different nicknames, and that the moniker he interacted with back in 2016 began with the letter “L.” The accused’s full nickname was likely redacted by forum administrators because a search on the forum for “Lebron” brings up the same post even though it is not visible in any of Vivalamuerte’s threatening messages.

Reached by KrebsOnSecurity, Vivalamuerte declined to share what he knew about UNKN, saying the matter was still in arbitration. But he said he has proof that Lebron was the principle coder behind the GandCrab ransomware, and that the person behind the Lebron identity plays a central role in the REvil ransomware extortion enterprise as it exists today.