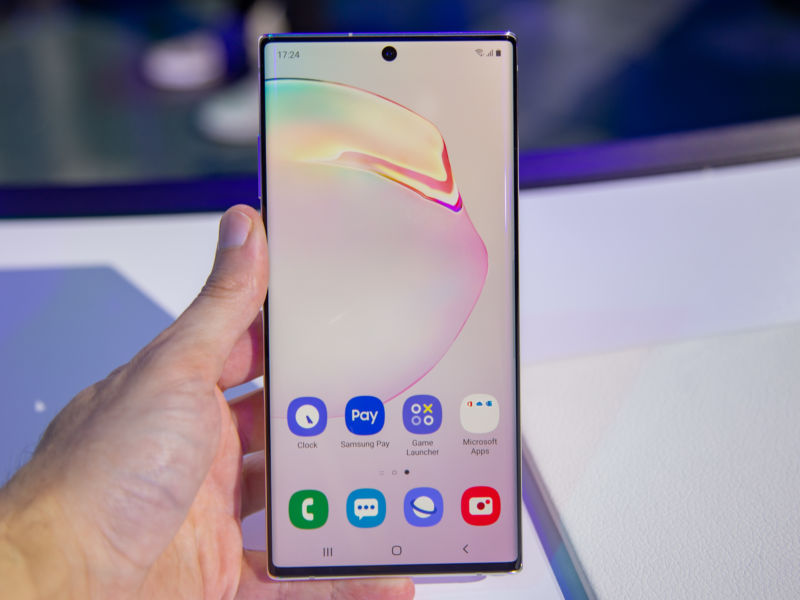 We’ve already seen indications that American consumers are holding onto their smartphones longer than before, posing challenges for companies like Apple and Samsung for whom mobile phone sales are important to the bottom line. A new NPD report reiterates that point but adds that fewer than 10 percent of American smartphone buyers spend more than $1,000, effectively ruling out flagship phones like the iPhone 11 Pro and the Samsung Galaxy Note10 that gather most of the marketer and media attention.

The main point of concern raised by the NPD report, though, is 5G adoption. 5G phones will likely be unaffordable for many consumers at first, with the first wave of mainstream 5G phones in 2020 likely to cost at least $1,000 in most cases. On the other hand, consumer awareness of the imminent rollout of 5G is high, and many consumers cited that coming change as a reason they’re holding out on spending big on new phones. It could be that some consumers who can afford $1,000 handsets but haven’t made the plunge will do so when 5G arrives, provided that it offers all the benefits marketers have claimed. (That will likely vary quite significantly by city and region, though.)

And speaking of cities and regions, the report also found notable differences in smartphone buying habits across different designated market areas (DMAs). For example, the NPD claims that Americans in major urban centers like New York City or Los Angeles are more likely to spend $1,000 or more on a smartphone. It’s unclear from the data whether this is a result of comparatively high average incomes in those areas or other factors.

In any case, the NPD therefore recommends to smartphone manufacturers that marketing budgets be focused on those DMAs for those types of phones, especially as the 5G era approaches.

Write what you know

This is speculation on my part, but that geographic disparity could partially explain why flagship phones get significantly more media coverage than other phones; most media professionals are in cities like that.

However, shortage of media coverage on these lower-market phones isn’t that surprising to begin with; there’s not much interesting for press or influencers to say about phones that use two- or three-year-old technologies and work just well enough for most people’s needs but don’t make any waves or innovations. And some companies, like Apple, offer phones at lower price points that used to be high-priced flagships, so they’ve already been covered extensively in their prime.

All of this reporting on the United States is to say nothing about developing countries, which remain the biggest potential growth markets for cell phones because the markets in developed economies are so saturated. Consumers in developing markets may be even more unlikely to spend $1,000 or more on a smartphone.

There are Android phones well below that price point that Ars can recommend, and Apple’s iPhone 8 lands at a still-pricy-but-cheaper $500 or so. There’s likely room for Apple to introduce a phone that pushes the price down even more to address markets outside of major cities in rich economies. But as we’ve noted in some of our reviews, the support infrastructure (that is, Apple Stores and the like) for iPhones is often comparatively inadequate in small towns or in many countries.

There has been much talk among economists and politicians lately about a gap in the US economy between affluent major cities and the rest of the country. This NPD report on gadgets, of all things, provides some evidence to back up that diagnosis, at least in part.