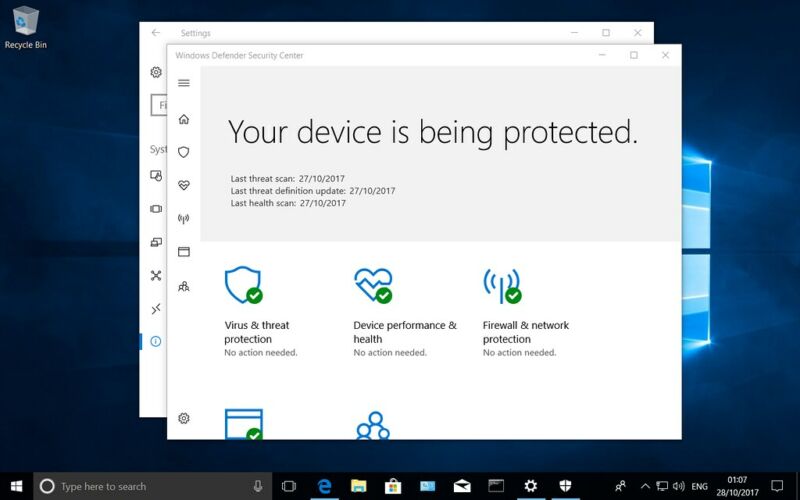 All the new protections are available to users of Microsoft Advanced Threat Protection and require Windows 10 Enterprise Edition. Public pricing from Microsoft is either non-existent or difficult to find, but according to this site, costs range from $30 to $72 per machine per year to enterprise customers.

“We are just at the beginning of our Linux journey and we are not stopping here!” Tuesday’s post announcing the Linux general availability said. “We are committed to continuous expansion of our capabilities for Linux and will be bringing you enhancements in the coming months.”

Last week, Microsoft said it had added firmware protection to the premium Microsoft Defender. The new offering scans Unified Extensible Firmware Interface, which is the successor to the traditional BIOS that most computers used during the boot process to locate and enumerate hardware installed.

The firmware scanner uses a new component added to virus protection already built into Defender. Hacks that infect firmware are particularly pernicious because they survive reinstallations of the operating system and other security measures. And because firmware runs before Windows starts, it has the ability to burrow deep into an infected system. Until now, there have been only limited ways to detect such attacks on large fleets of machines.

It makes sense that the extensions to non-Windows platforms are available only to enterprises and cost extra. I was surprised, however, that Microsoft is charging a premium for the firmware protection and only offering it to enterprises. Plenty of journalists, attorneys, and activists are equally if not more threatened by so-called evil maid attacks, in which a housekeeper or other stranger has the ability to tamper with firmware during brief physical access to a computer.

Microsoft has a strong financial incentive to make Windows secure for all users. Company representatives didn’t respond to an email asking if the firmware scanner will become more widely available.