CSIRO‘s Data61, the digital specialist arm of Australia’s national science agency, announced the creation of the seL4 Foundation, a not-for-profit organization, to accelerate the development of the seL4 microkernel and related technologies. 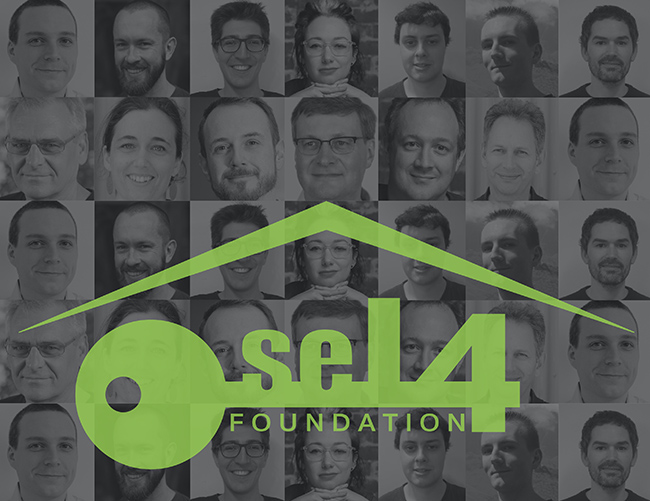 An Australian innovation, seL4 is the world’s first operating system (OS) kernel that is mathematically proved secure, and is the world’s fastest and most advanced OS microkernel.

The kernel is the piece of software that runs at the core of any computer system and is responsible for ensuring overall security, safety and reliability. seL4’s growing list of deployments range from defence systems to autonomous air and ground vehicles, safeguarding them from cyber threats.

The seL4 Foundation will provide a global, independent and neutral organization for funding and steering the future evolution of seL4. Importantly, it will be a forum for developers and researchers to collaborate on growing and integrating the seL4 ecosystem, to maximise seL4’s benefits to critical systems across industry sectors around the world.

Dr June Andronick, Leader of Trustworthy Systems at CSIRO’s Data61 said, “seL4 is a game changer for safety- or security-critical systems; it forms a dependable base for building a trustworthy software stack. We are taking this step to increase participation from the seL4 community, to aid further adoption and provide a sustainable, long-term trajectory for seL4. We are impressed with the strong support for this move from developers and adopters around the world.”

The original developers of seL4 will remain highly engaged in steering the direction of the technology. Scientia Professor Gernot Heiser from UNSW Sydney and CSIRO’s Data61 said, “This is about taking the seL4 ecosystem to the next level. While broadening the community of contributors and adopters, at Trustworthy Systems we will continue to drive the kernel’s evolution and the research that ensures it will remain the world’s most advanced OS technology.”

Gernot Heiser (as Chair) and June Andronick serve on the initial governing board together with Gerwin Klein, Chief Principal Research Scientist, CSIRO’s Data61, who led the original seL4 verification and leads verification research in the Trustworthy Systems group.

Also on the Board is Dr John Launchbury, who was the program manager of the DARPA funded HACMS program that put seL4 on real-world unmanned helicopters, demonstrating protection against cyber attacks, he then became Director of DARPA’s Information Innovation Office, before re-joining Galois Inc.

They are joined by representatives of two major adopters of seL4: Sascha Kegreiß, Chief Technology Officer of HENSOLDT Cyber, a Munich-based company which develops embedded IT products that meet the highest security requirements, combining an operating system based on verified seL4 with a RISC-V processor that is protected from supply-chain attacks.

Finally, Dr Daniel Potts, Engineering Director of Ghost Locomotion, a California-based company which is converting cars to drive themselves, using seL4 to keep them safe. The directors are united in their desire to see seL4 secure the critical systems of the future.

Simon Barry, Acting Director at CSIRO’s Data61, “Cyber security is a core focus for Data61, and it’s fantastic to see our work further expanding its global relevance and reach. We are proud to lead the creation of the seL4 Foundation to enable safer, more secure and more reliable systems and this is an example of the international impact that Data61’s research and development is creating.”