75% of executives believe their organization scans all web applications for security vulnerabilities, while nearly 50% of security staff say they don’t, a Netsparker survey reveals. 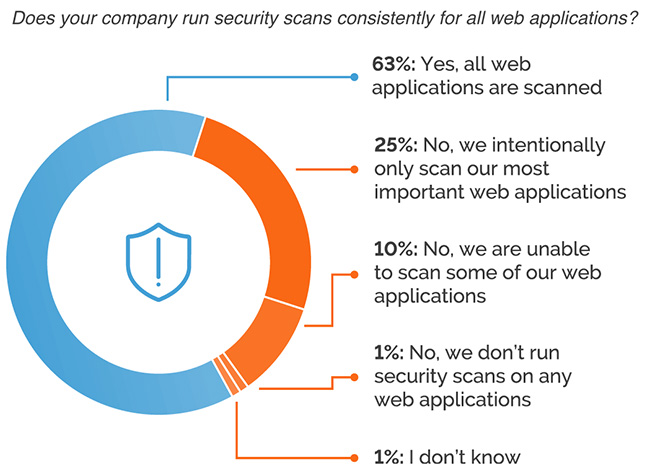 Even more concerning, over 60% of DevOps respondents indicate that new security vulnerabilities are being found faster than they can be fixed, indicating that web application security efforts are insufficient.

However, only just over 40% of executives are aware of this situation, and thus most companies are unlikely to be making the required investments to remedy the situation.

Disconnect between theory and practice

The survey shows a worrying disconnect between the theory and practice of web application security. While most organizations appreciate the importance of web security, many still don’t scan all their applications and an even greater number struggle to deal with vulnerabilities in a timely manner.

This research shows that perceptions and expectations of web application security vary widely depending on the role. This misalignment between perception and reality creates dangerous threats to the security of organizations and their customer’s data as well.