Watchmen, not Game of Thrones, proved to be HBO’s show of the decade 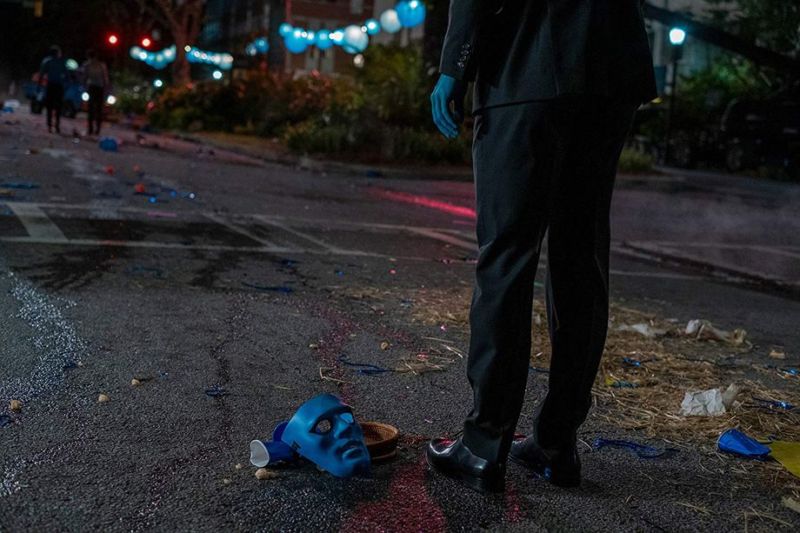 Enlarge / Do you recognize this mask?
HBO
Warning: This story references events in the HBO series Watchmen and Game of Thrones, including their final episodes.

“Just do it. We don’t want to hear your little speech. Fucking do it. “

“Do what?” Lady Trieu asks her assembled audience of white supremacists.

And with that, the best show of 2019 went out with a literal atomic bang. Watchmen capped off its nine-episode run in striking fashion last night, simultaneously tying up several loose ends (How does Veidt fit in to all of this? What’s Lady Trieu’s plan? Can anyone stop the Kalvary?), delivering deep sentiment, and forcing a superhero/villain who killed millions to actually deal with an arrest. This show killed it.

Yet I watched the show alone from my couch, and only a few coworkers and a neighbor seemed ready and excited to chat about it today. There were no red-carpet screenings, impromptu community watch parties, or nearby bars advertising a highly anticipated viewing like some other HBO season finales this year.

That’s a shame, because one of these series is perhaps the network’s finest work of the decade—and the other is Game of Thrones.

Both Thrones and Watchmen benefited from a new TV era. Execs were not just open to but thirsty for genre, and they sought the kind of material that may only attract a small niche of fans—but it’d be a rabid, passionate, subscribed-yesterday-and-forever type of fan. Both shows started out with a bit of a bang, a little high-profile misdirection casting, and unexpected character exits. And, perhaps most importantly and most obviously, both series were borne out of existing (and paper-based) IP.

The differences begin from there. Thrones by and large stuck to its source material until it literally couldn’t. And even the most supportive fans could agree that the show lost something when George RR Martin’s road map reached its (maybe-still-in-progress?) conclusion. Suddenly the riveting female characters the show had become known for were taking actions more stereotypical characters would, contemplating if love was the number one motivator above all (see Brienne and Jamie) or acting out of rage-filled hysteria even if it contradicted prior character traits (goodbye to the merciful and justice-championing Queen of Dragons, Freer of Slaves). The show still delivered spectacle like nothing else, but it seemed to lack storytelling. Its “anything can happen” feeling suddenly left, allowing for things like keeping Jamie alive despite coming under heavy enemy (dragon) fire or for the hugely successful conqueror Daenerys to suddenly make puzzling decision after puzzling decision with her scaly, strategic advantages.

But perhaps even more frustrating than its story line slip ups, Thrones also seemed to lose its ability to conjure up deeper questions and thought without Martin’s source material. This was a show that had interesting things to say about gender in society and politics, the weight of history and family, and the ability to make decisions in spite of destiny. Heck, even The Night King might have represented something much deeper (the inevitability of mortality?) than a zombie bogeyman. Did Thrones’ final two seasons complicate those questions or move the ideas forward in any significant way? In Ars’ eyes, at least, the show pivoted to more of a saccharine delivery system. Does the show Annalee Newitz wrote about in her review of Game of Thrones S7 feel like a monumental piece of art?

Watching Game of Thrones now feels like mainlining a bunch of CW shows like Arrow or Vampire Diaries—or even, sometimes, Jane the Virgin. The pacing is so fast that there are multiple reversals of fortune in one episode, and people go from “hey so we are kind of friends” to “we are totally boinking” in 40 minutes. I should say that I love a lot of CW shows, and I’m definitely not opposed to fast pacing. But part of Game of Thrones‘ appeal was a stately, complex layering of circumstances that gave us a sense of the tragic loss so many characters have suffered. So this season’s choices felt like stylistic whiplash.